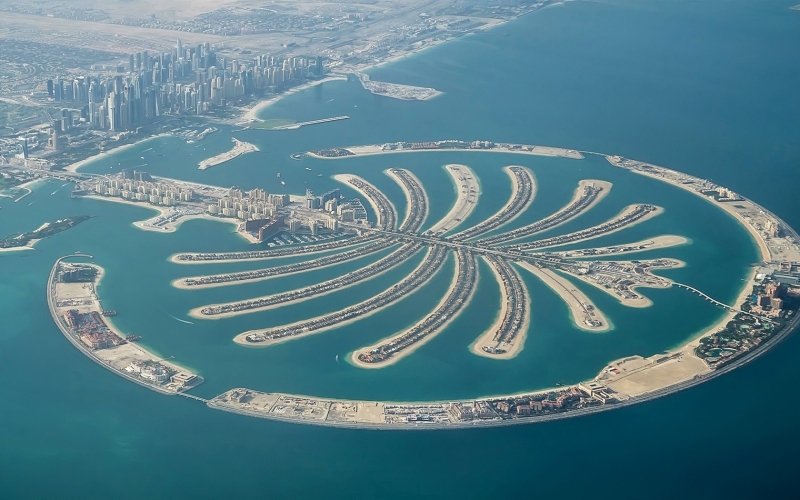 Dubai is regarded as among the world's most popular tourist attractions. Dubai, the global city, does have its own regulations, values, and customs, much like any other country. Taking hands of any of the best travel agencies like UBL Travels is recommended for travelers to not mess with any of those valuable regulations.

Visitors are strongly advised to observe cultural taboos, restrictions, and norms when visiting a nation and prior to booking aircraft tickets. Visitors are warmly welcomed in the Emirate of Dubai by any major tour agency in Dubai. It does, nevertheless, require a certain level of conduct from visitors.

Owing to its tall towers, vintage elegance, magnificent marketplaces, and harsh weather, also it is named after the City of Superlatives. It also has the world's tallest building, the world's biggest man-made array of beaches, islands, the world's highest skyscraper, and the world's largest 'dancing' water fountain, among other things.

If you are planning a vacation in Dubai, you should be aware that the culture of the whole emirate is special. Embrace this truth and ensure that you respects the native customs, just as you would in your own nation. Let's take a look at a few of the things you need to take care of to avoid while in Dubai.

You'll be greatly pleased to learn that now the United Arab Emirates is more liberal with regard to how individuals dressed than many people actually believe. Nevertheless, not all of the Emirates have the same dress standards.

In public places, avoid wearing sheer or exposing clothing. Swimming pools, theme parks, and beachside are the only places where swimwear or bikinis are permitted. Dresses with a deep collar must be avoided by women.

Always Great With The Right Hand

Whenever in Dubai, visitors must exercise caution when using the hands. You must not use the left hand to consume food, greet people, unlock the doors, or hand over anything, Handling food items is on the top shelf in this case. It is noted as impure, regardless of how pristine the left hand is.

Drinking with the left hand, on the other side, is OK. So, if you're left-handed, you should endeavour to appear as ambidextrous as practicable publicly to appease the natives and receive a harsh gaze.

Do Not Take Photos of Individuals Without Permission

Taking images of an individual without one‘s permission is illegal inside the UAE, as per the country's cybercrime legislation. Must not, regardless of how strong the desire to photograph the locals via the phone cameras is.

Capturing images of residents, particularly women's, is frowned upon in Dubai. Guests should also avoid looking at native women for an extended period of time, attempting to engage in an unwelcome discussion, or pestering them. People living in the area may initiate a lawsuit against a shooter if such photos are shared on social media.

There are several activities you are not allowed to do in Dubai, and one of them is the Public Display of Affection. Holding hands, embracing, and kissing in public are generally deemed inappropriate in Dubai, and if found doing so, you may face jail time. The impacts are already felt by a large number of immigrants.

Public Display of Affection is regarded as one of the most crucial things to avoid in Dubai. You should also resist dancing and blasting music in open spaces where people are supposed to be present around.

Do Not Consume Alcohol in Public

While there are a variety of pubs and bars inside Dubai that provide alcohol, tourists must avoid drinking in public. Drinking alcohol is not authorised in any of these locations where there is no alcohol outlet available.

It also implies that people must not bring alcoholic beverages including beers to public beaches or walk down the street with them. Tourists could instead seek out one of the many establishments that allow alcohol consumption.

No Swearing in Public

When in Dubai, you must be exceedingly cautious with the words you speak, notably when you're out in publicly or conversing with a native. Throughout your vacation to Dubai, refrain from using obscene language and retain any slang, swear words, and cursing to oneself.

Furthermore, avoid making any remarks that might be seen as offensive to Muslims and Islam. In Dubai, it is a criminal violation that might result in you being imprisoned. And you certainly don't want to spend the holiday in jail.

Prevent Yourself From Buying Fake Products

If you are considering a trip to Dubai anytime, be wary of buying counterfeit products in the region. People might ask you either you want to buy a Cartier wristwatch or a Chanel handbag if you've been to the Emirate's famed Gold and Spice Souk.

Simply ignore and reject offers from such sellers and continue walking forward. While it may be enticing to buy a cheap designer handbag, if you are discovered buying at one of Dubai's illicit businesses, you might face serious consequences.

Know Everything To Avoid as a Visitor in Dubai

The aforementioned list of things to avoid while you are in Dubai is just a glimpse of things. If you choose the best travel agency to help with VISA and travel reservations, Their experienced team will help you avoid such actions while making the whole trip more effortless.

UBL Travels offers various cost-effective VISA packages for all kinds of travelers who dream of visiting Dubai. Get in touch with our experienced team to plan your next vacation