UAE: THE SAFEST PLACE FOR WOMEN AT NIGHT 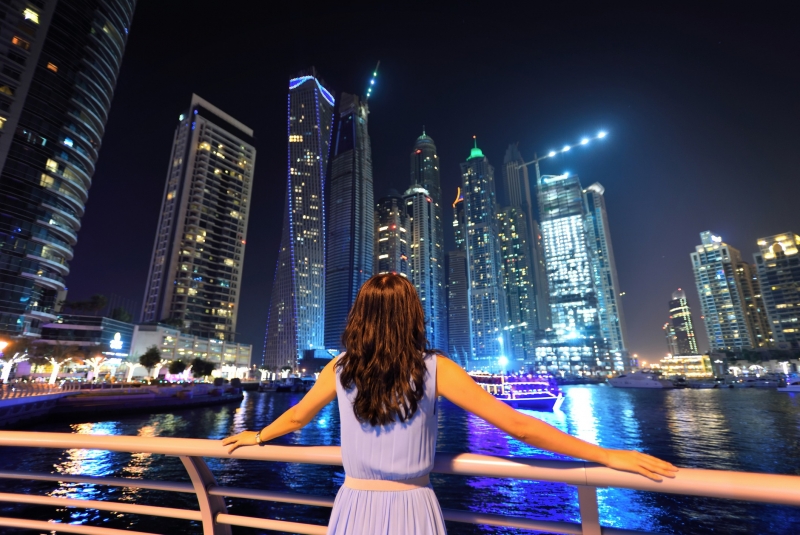 How Do The Surveys Tally Out?

Walking out in any country at night is as scary as the worst nightmare for a woman. But the UAE has proven itself an amazing country that is safe for everyone by scoring 95% according to the reports, leaving behind Norway which scores 92%.

The ruler, Vicepresident of Dubai HH Sheikh Mohammed bin Rashid said, “If a woman wanders alone at any hour of the day or night without fear, know that she is in the Emirates,” on Twitter.

98.5% of women have stated in polls and surveys that they genuinely feel safe and secure in UAE.  The index calculated the percentage of females aged 15 and above who said they felt secure travelling alone at night in their city or neighbourhood.

Singapore came in second with a score of 96.9 per cent. The UAE also rose from 43 to 24 in 2017.  Afghanistan was named the country in which women suffer the least protected, with Syria faring the worst worldwide and regionally on counts of organised violence and security. In nations such as Australia and New Zealand, males felt more comfortable travelling alone at night than women.

What Did The Research Tell Us?

According to the researchers, gauging a woman's safety perception is essential to her mobility. According to Time Out Dubai, it also affected her capacity to seek out possibilities outside of the house.

The Institute for Women, Peace and Security at Georgetown University and the Peace Research Institute Oslo collaborated on the project. In affluent nations such as Australia and New Zealand, more men than women felt secure travelling alone at night. More than 80 nations reported gains, with Malaysian women feeling safer at 49 per cent, up from 31 per cent.

Women are subjected to economic and psychological assault. Women's dignity and rights are violated when they are subjected to gender-based violence. It has an impact on their human security and follows them for the rest of their life.